Let’s take a look back at a very successful and action-packed year for Nickle Electrical Companies. 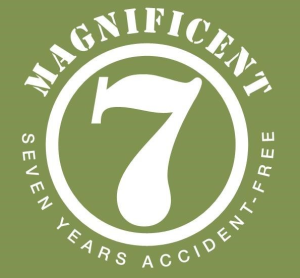 As always, safety is one of Nickle’s core values and something the company spends a lot of time focusing its efforts on. We started out the year celebrating seven years without a lost-time accident on February 1. Nickle’s safety success continued when we hired new Safety Director Steven Stewart in the fall. In just a few short months, he has taken on existing initiatives, such as the Behavioral Observation Safety System, and is working to improve other programs, such as the Safety Committees, which are comprised of office and field employees from both locations. Company-wide safety alerts have been established and multiple training sessions have taken place as well. For the sixth year in a row, Nickle was presented with the Governors Safety Award, which is co-sponsored by the Delaware Contractors Association and the Delaware Department of Labor. The Associated Builders and Contractors of Delaware recognized Nickle with its eleventh consecutive STEP Award, a program designed to support ABC members with development and improvement of safety and training efforts. This was the fourth year in a row Nickle received the top award at the Diamond level. Nickle also received a STEP Award from the ABC Chesapeake Shores chapter at the Diamond level.

Nickle takes pride in the training and continuing education provided to employees. Some of this year’s accomplishments include a conduit bending workshop, where employees brushed up on how to bend conduit in various ways. There was also fire alarm training, leadership training for office employees, DiSC training, code classes, and continuous safety training throughout the year. 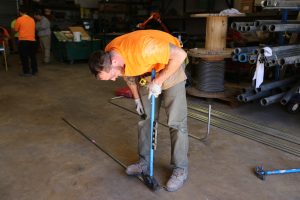 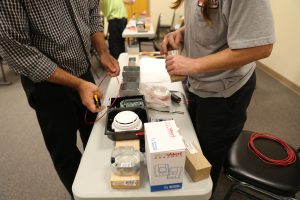 Nickle Electrical Companies was awarded a 2017 Top Workplaces honor by The News Journal. The Top Workplaces list is based on the results of an employee feedback survey administered by WorkplaceDynamics, a leading research firm that specializes in organizational health and workplace improvement. Several aspects were measured, including engagement, leadership, communication, and effectiveness within the organization. In addition to the Top Workplaces list, The News Journal published two stories about Nickle – one focused on the company’s safety record and another concentrated on the skilled labor shortage and how Nickle is tackling the issue head-on by being involved in local vo-tech schools.

A few Nickle employees volunteered at the 23rd Annual NAWIC Block Kids competition, where students in grades 1-6 were given materials to build a project related to the construction industry. Employees volunteered as judges and awarded students who had the most outstanding projects. Nickle sponsored the Delaware Tech Valentine Chocolate 5k in February, which benefited the college’s Study Abroad Scholarship recipients. The 10th annual Irish Eyes Milton St. Patrick’s Day Parade and 5th annual Lucky Leprechaun 5k were also sponsored by Nickle. The event benefited the Milton Chamber of Commerce, Milton Fire Department, Casa San Francisco, and the Gladys Wilkins Seeding the Future Scholarship Fund. Nickle supported the ACE Mentor Program in March, which introduces students to career opportunities in architecture, construction, engineering and other related areas of design and construction. Since its inception, Nickle has been sponsoring the Delaware Hospice 5k Run & Family Fun Walk to support the non-profit’s mission of providing high-quality care and service in end-of-life education and support. New for this year, Nickle sponsored the Dewey Buddy Run/Walk and the Boardwalk Buddy Walk events, which raise money to support local organizations that provide services to people with down syndrome. For the sixth year in a row, Nickle supported the Ronald McDonald House of Delaware at their annual Run/Walk for the House. The RMH provides a home away from home for families with seriously or chronically ill children being treated at Wilmington-area hospitals. Nickle was also happy to sponsor the Apple-Scrapple Festival in the fall, which promotes western Sussex County, DE and elevates awareness of agriculture. One of Nickle’s most popular sponsorships is the Easter Seals Walk With Me Delmarva event, which raises funds for the non-profits services. Another race Nickle sponsored this year was the 10th annual Delaware Tech Alumni & Friends 5k, which pays tribute to Del Tech’s alumni. Proceeds from this year’s event benefited the Capt. Christopher M. Leach Memorial Fund. At the end of the year, Nickle again raised money for the Friends of Delaware Veterans Trust Fund. The fund assists veterans with financial emergencies, such as utility cut-offs, repossession of vehicles, and lack of food. The Friends of Delaware Veterans returns 100% of its proceeds to the trust fund. Nickle and its employees donated a total of $4,260. Nickle employees finished off the year by ringing the bell for the Salvation Army with ABCares Delaware. 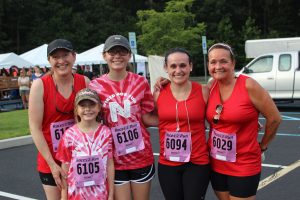 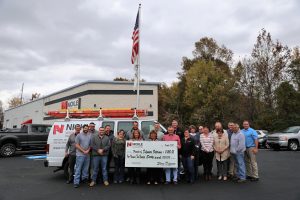 Three Nickle employees offered to spearhead three community projects in 2017. The first was a volunteer opportunity with Special Olympics Delaware Summer Games. A handful of employees and significant others handed out lunches to athletes, family, and friends during the event. The second event was in September. Nickle volunteers helped with DNREC’s Coastal Cleanup. The annual initiative is part of the Ocean Conservancy’s International Coastal Cleanup, which is the world’s largest annual clearing of trash from coastlines and lakes by volunteers. Nickle participants cleared debris from the beach at Cape Henlopen State Park. And the last event took place in October, where more than 20 employees and family members volunteered their time at the Delaware Food Bank to prepare meal boxes for local seniors in need. The team put together 386 boxes of food for delivery. 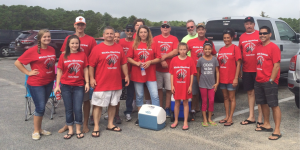 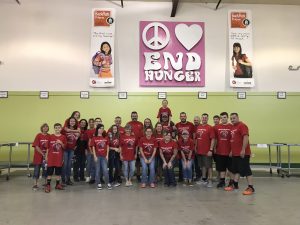 This was a great year for personal milestones in the lives of Nickle employees. Seven babies joined the world, two employees got married, and there was an engagement between two Nickle employees! This year we also celebrated Jimmy Gray, an employee of Nickle Electrical since 1991 who retired at the beginning of the year. And our three Top Dog trophy winners from 2017’s breakfast meetings were Accounting Administrator Kelly Dignan, Director of Service Ken Emmons, and Service Manager Scott Estep.

Nickle employees can also be proud of the work accomplished this year that was recognized by customers. They received accolades from companies such as Keystone Property Group, Voya Financial, Aegis Property Group, ACTS Retirement Life Communities, Highmark, Whiting-Turner, EDiS, and various residential customers. Nickle was also recognized for providing exemplary service and contributions to the field of career and technical education. The Delaware Advisory Council on Career and Technical Education honored Nickle at a reception in June.

Every other year, Nickle hosts the Elite Dinner to recognize employees for their long-time commitment to the company. Elite members are those who have been with Nickle Electrical for five years or more and serve as great role models for others in the industry. This year, there was a total of 73 Nickle Elite members.

Two projects were given three awards from the Associated Builders and Contractors for exemplary workmanship in 2017. The University of Delaware Cannon Laboratory was a renovation to the 40,000-square-foot educational lab in Lewes, DE. That project won an ABC Excellence in Construction award from both ABC Delaware and ABC Chesapeake Shores. Hosting.com involved various electrical expansions and additions for current and future customers of the IT company. It won a Merit award from ABC Delaware. Nickle now holds more than 40 Excellence and Merit in Construction awards from the ABC Delaware and ABC Chesapeake Shores chapters. 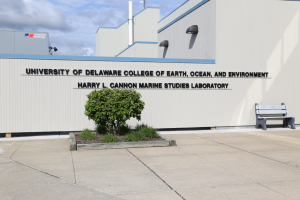 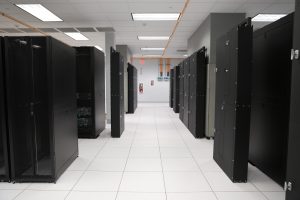 Other notable projects that Nickle completed in 2017 include LiquidHub – a 19,000-square-foot fit-out for the tech company; St. Andrews Vault – a 389-square-foot building constructed around an existing 114-square-foot semi-recessed building to power certain areas of St. Andrews School; St. Andrews Annex – a 9,000-square-foot renovation to the existing medical annex facility at St. Andrews School; The Archer Group – a renovation to an existing building in Wilmington, DE for the marketing company; LiDL Grocery Store – a new 38,633-square-foot grocery store in Middletown, DE; University of Delaware’s South Academy Street Residence Hall – a new four-story, 257-dorm room building to house more than 500 first-year students; and many more. 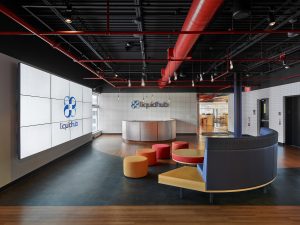 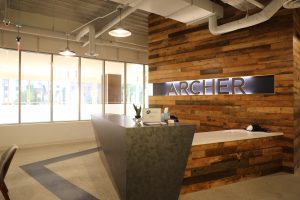 If you’d like to keep up-to-date with Nickle News throughout the year, visit our homepage and sign up for our monthly e-mail updates. You can also send Laura Massimini a message at lmassimini@nickle.email to be added to our newsletter mailing list, which is sent out on a quarterly basis.