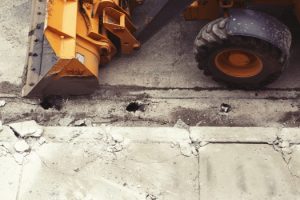 In 2008 Associated Builders and Contractors initiated the Construction Backlog Indicator (CBI) to suggest the amount of work to be performed by commercial and industrial contractors in the months ahead. The indicator focuses on United States commercial, institutional, industrial, and infrastructure construction industries.

ABC defines backlog as “the amount of work, measured in dollars, that construction companies are contracted to do in the future.” The more backlog, the more positive the outlook for the construction industry and vice versa.

The measurement is based on monthly confidential surveys sent to ABC member companies throughout the country. The formula to determine backlog is as follows:

The survey also asks for geographical information (Northeast, South, Middle States, West), total revenue, and the percentage of company revenue performed in each of these three construction categories: commercial/institutional, infrastructure, and industrial.

A full report from ABC was recently released with information about the current outlook according to the CBI. Thanks to Building Design + Construction, here are a few highlights. And you can download the full report here.

– Average backlog in the South is back above 9 months for the first time since the first quarter of 2014.

– Though backlog in the West fell sharply during 2014’s final quarter, average backlog remains comparable to where it was a year ago.

– Both the Northeast and the Middle States registered levels of average backlog unseen during the history of the CBI survey.

– Average backlog in the commercial and institutional category is virtually unchanged over the past year, suggesting the pace of recovery will remain moderate overall.

– Infrastructure-related spending is likely to be brisk going forward primarily due to improved state and local government fiscal conditions.

– Heavy industrial average backlog remains in the vicinity of multi-year highs, but these readings do not fully reflect the impact of a stronger U.S. dollar, which may result in a slowdown in export growth and an associated softening in industrial investment.

– Average backlog has increased by nearly three months or by more than three months for all firm size categories since the fourth quarter of 2009.