Come take a stroll down memory lane as we review news, successes, milestones, and celebrations at Nickle Electrical over the past 12 months.

This year, Nickle reached 3,000 days without a lost-time accident, which is equal to eight years of dedicated safe work efforts and 2.5 million hours worked. Both ABC Chesapeake Shores and ABC Delaware awarded Nickle a STEP (Safety Training and Evaluation Process) award for outstanding efforts in relation to safety throughout the year. Nickle received the top award at the Diamond level from both chapters. The Delaware Contractors Association also recognized Nickle for its safety efforts with the Governors Safety Award. The honor is co-sponsored by DCA and the Delaware Department of Labor. Safety Director Steven Stewart has worked diligently to implement new processes and improve others in the safety realm. There was a successful launch of a prescription safety glasses program and an improvement to Nickle’s waste program in which employees were educated on some of the lesser known disposal methods of recyclable materials. One of Nickle’s largest accomplishments was the implementation of EHS Insight Software, which is a cloud-based safety system that allows the company to go paperless and keep track of records electronically, including Toolbox Talks, job site safety inspections, the Behavioral Observation Safety program, incident reports, and there is even an online training module where employees can take classes and renew expired training requirements.

A top priority of Nickle’s is to focus on continued education and hands-on training for employees including code classes and proper pipe bending techniques. There were also multiple lunch ‘n learns for office staff that focused on team building, best practices for computer usage and email security, and more.

For the second year in a row, Nickle was awarded a Top Workplaces honor by The News Journal. The list is based on results from an anonymous employee feedback survey revolving around alignment, execution, and connection within the organization. In addition to attaining the No. 1 spot in the mid-sized company category, the newspaper published an article about Nickle’s family-focused practices.

Volunteering within the community at least three times was a goal in 2018. This year’s events included making lunch for families staying at the Ronald McDonald House; DNREC’s Coastal Cleanup in which more than a dozen employees, family, and friends helped clear trash and litter from Cape Henlopen State Park; and participating in Wreaths Across America, which is the laying of wreaths on the graves of our country’s fallen heroes for the holidays.

Nickle takes pride in celebrating the personal achievements of its employees. Some of the milestones in 2018 included the birth of 9 babies, 4 marriages, and 1 engagement. We also celebrated the retirement of Administrative Assistant Jane Marcozzi, who had been with Nickle for 11 years. Two employees also hit major service milestones with the organization – Foreman Jim Wills has been with Nickle for 20 years and Foreman Brian Morgan has been with the organization for 25 years. Nickle also recognized three employees as the “Top Dog” at 2018’s breakfast meetings. Project Manager Jon Harrison, Estimator Brett Stinson, and Service Manager John DeMatteis were the recipients. Three of Nickle’s co-ops, who have since graduated, were recognized by ABC Delaware for outstanding academic achievement at school and successful completion of a co-op program. Liam Jordan and Dietrich Yontz of Hodgson Vo-Tech High School, and Samantha Pearlman of St. Georges Technical High School were recognized and have now enrolled in the state apprenticeship program. Samantha Pearlman also achieved great success by winning first place at the state’s SkillsUSA competition and traveling to Louisville, KY this summer to compete in the national competition.

It’s always nice when Nickle receives kudos from customers when electricians provide great customer service and high-quality work. Beebe Healthcare, EDiS, Rehoboth Beach Country Club, AKF, Dentsply, and multiple residential customers were a few of those who were satisfied with our work.

In October, employees and their families gathered at Lums Pond State Park for Nickle’s biennial company picnic. Everyone enjoyed catering from Mission BBQ, door prizes, face painting, a photo booth, a show from Jungle John, and much more. 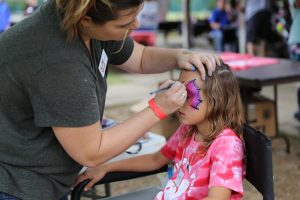 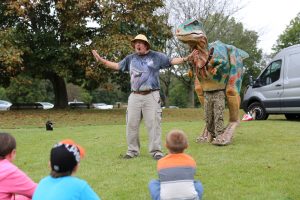 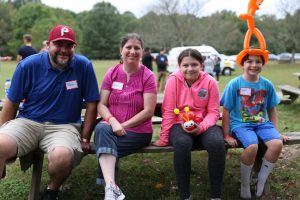 Nickle was the recipient of three ABC Excellence in Construction awards this year. West Salisbury Elementary School received an Excellence award from the Chesapeake Shore chapter. This was new construction of a 58,000-square-foot elementary school in Salisbury, MD. Incyte Headquarters and St. Andrews School Annex & Vault both won an Excellence award from the Delaware chapter. Incyte is a new 150,000-square-foot building that includes a four-story lobby, offices, kitchen, green roof, pickleball court, putting green, and parking garage. The St. Andrews project included a 9,000-square-foot renovation to the school’s existing medical annex facility and an upgrade to a 389-square-foot electrical vault that supplies power to surrounding buildings on campus.

While three Nickle projects were recognized by ABC, there were many other successful projects completed by employees in 2018. There was a 57,000-square-foot fit-out at the existing Sallie Mae building in New Castle, DE; a major update to Howard High School in Wilmington, DE; installation of lighting at the new Delaware Botanic Gardens in Sussex County, DE; demolition and renovation to the existing Fins Fish House & Raw Bar in Rehoboth Beach, DE; construction of a new community health and aquatic club called Bayside Recreational Center in Selbyville, DE; construction of a new brewery and restaurant in Lewes, DE called Big Oyster Brewery, and many more.

Thank you to all employees, families, friends, customers, and vendors who made 2018 a success for Nickle Electrical Companies. If you’d like to keep up-to-date with Nickle news throughout the year, visit our homepage and sign up for our monthly e-mail updates. You can also send Laura Massimini a message at lmassimini@nickle.email to be added to our paper newsletter mailing list, which is sent out on a quarterly basis.