Why is there a labor shortage? And what can we do about it? 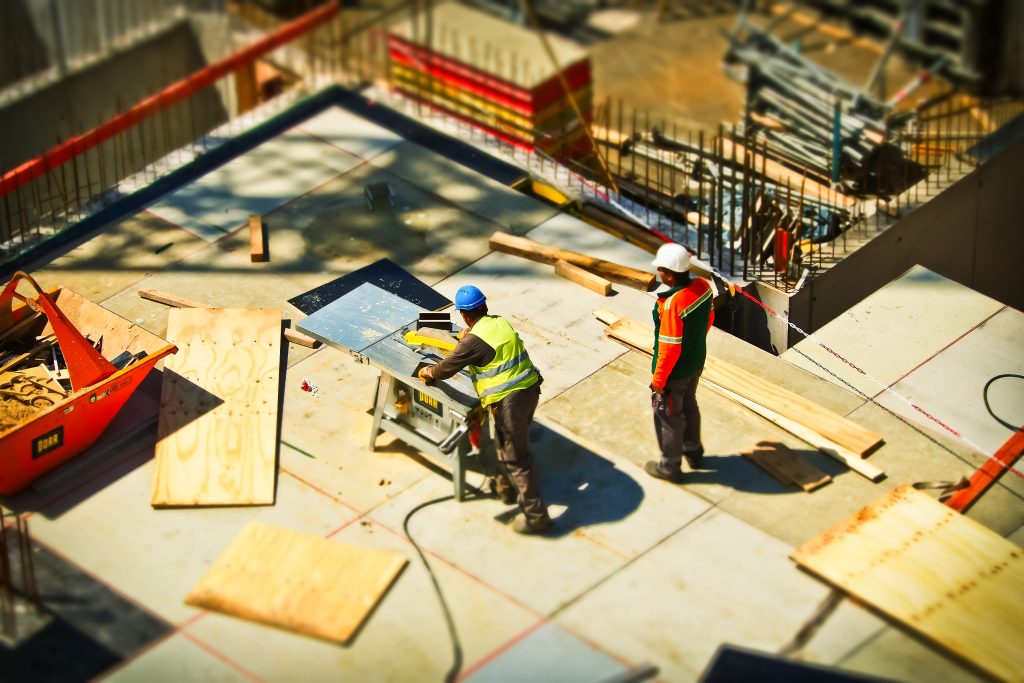 It’s plagued the construction industry for years, a long-standing issue that companies just can’t seem to solve – the skilled labor shortage. While the great recession of 2007 saw the departure of more than 40 percent of its workforce, equating to nearly 2.3 million jobs, the problem is not a new one.

Even as far back as 1997, contractors were reporting their struggles. According to a study conducted that year by the National Center for Construction Education and Research, 92% of national construction firms reported shortages of skilled labor, and more than 85% said their current workforce is not as skilled as it should be in today’s market. Today, 86% of contractors in the United States are still reporting their struggle to fill positions, according to a September 2015 survey by the Associated General Contractors. And, unfortunately, the future doesn’t seem much brighter, as the Bureau of Labor Statistics predicts the construction industry will face a shortage of 1.6 million workers by the year 2022.

For more than two decades, the construction industry has felt the woes of this shortage, but there is a lack of support to solve the problem, according to the Construction Industry Institute.

Construction gets a bad rap for being a dirty, unsafe, and discreditable profession. Yes, workers see their fair share of dirt, mud, bad weather, and hazardous conditions. But it’s such a small part of the job, and great companies have ways to remedy those dangers. It’s long been thought that construction jobs aren’t well-respected and they’re a last resort for those who don’t do well in school. Construction isn’t about just moving tools. There are so many intellectual components to the industry. Even before a shovel hits the ground, there are architects, engineers, interior designers, and many other minds working on the project.

Parents and educators are pushing the four-year college plan. There has been a surge in preparing students for college instead of teaching life and job skills. If construction isn’t promoted as a viable option after high school, students likely won’t consider it. There is a massive lack of young people entering the construction industry. The average cost of a four-year bachelor’s degree in the United States is $127,000. On the other hand, the average cost of a two-year trade school is $33,000. While students in both tracks may take out loans for those payments, the debt is significantly higher for college graduates. Research from 2012 states that the average college student debt load is $29,900, not including interest. While the two-year technical school graduate debt load is roughly $10,000. Not only that, but a degree doesn’t guarantee a job. The Economic Policy Institute recently reported that the unemployment and underemployment rates for college graduates under the age of 25 are double what they were in 2007.

When the industry lost more than two million workers during the recession, many of them found jobs in other areas and aren’t interested in coming back. Others, part of the older generations, have retired since then, or are at least close to retiring and don’t see any benefit to changing their career so late in the game. Those two million positions can’t simply be filled by the two million who left them vacant a decade ago.

A huge demographic void in the industry is female workers. In the United States, women only represent 2.9% of the workforce. A recent article from Construction Dive cites a lack of female mentors and role models, along with harassment concerns on the job site as factors that prevent women from considering a career in construction.

Construction is dangerous, no doubt. So why would anyone want to work in an industry with such a high risk of injury? It’s important to make the safety of your workers a top priority. If they feel safe and know that the company they work for is dedicated to keeping them that way, the more attractive an organization will be to qualified job seekers. A dangerous work environment is not an enticing feature in a company.

Connect at an early age

Visit schools and promote construction as a viable career option. Dispel the rumors and myths that surround the industry. The earlier students see the path to construction, the more interested and involved they will become. Get to them before they’ve made up their mind. Many schools offer mentor programs where you can evaluate and identify students who may be well-suited for the industry.

Investing in the continued education of employees demonstrates your commitment to them and the industry. Not only will your company benefit from having well-educated workers, but employees will appreciate your dedication to furthering their career. Mentoring programs for young employees are also a great way to promote internal advancement and fulfill the aspirations of your well-driven workers. Help them find the right path to success.

Modernize and automate your processes

Young people are flocking to the technology sector. Everyone wants to be the next Mark Zuckerberg. What people don’t know is that there are so many technological innovations in the construction industry. First, make sure you’re using the latest design software, accounting tools, and on-the-job apps. Then promote them to potential employees. Those innovations will intrigue newcomers. Automating your processes will also cut down on time spent on administrative responsibilities, which is appealing in itself.

Having a great insurance plan isn’t the only benefit employees look for in a company. Be accommodating, offer flexible hours if possible, evaluate allotted vacation time, and make sure wages and salaries are comparable with other companies. If you’re not sure what current or potential employees are looking for, then ask. They will help you identify where you have room for improvement. And it may be worthwhile to examine why previous employees left. Good perks are a plus.

Since there is such a shortage in the industry, you may be quick to hire people who are interested in working for you. But that doesn’t mean you should rush into things. Make sure you’re carefully screening job seekers. It’s time-consuming and expensive to hire, terminate, and re-hire people who doesn’t possess the skills needed or who aren’t dedicated enough. Retention is key.

Join forces with outside groups

A recent survey from the Associated General Contractors of America found that two-thirds of contractors are facing this problem. You’re not alone. So connect with other organizations and band together. Look for recruitment networks, join industry-wide organizations, serve on committees, and collaborate. Get involved with your local legislature and push for vocational funding. You can introduce and/or promote legislation that will benefit the construction industry.

Related, and most important, is that these solutions will only work if there is industry-wide support. More attention needs to be brought to the issue. Not much is known about it outside of the construction industry. It’s a national problem, so let’s find some national solutions.