On October 28, at the Delaware Contractors Association‘s Annual Dinner, one of Nickle Electrical’s project was recognized for outstanding craftsmanship. The Kalmar Nyckel Foundation project was given an Excellence in Construction award for work performed on the project. Congratulations to Project Manager Brandon Cale, Foreman Kevin Woodland, and all field personnel who helped make this project a success.

The original Kalmar Nyckel was built in Amsterdam in 1625. She was purchased in 1629 to serve as a warship for the Swedish navy and was eventually sold to a private merchant in 1651. She is well-known for being the flagship for the 1638 expedition that founded the colony of New Sweden, which established the first permanent European settlement in present-day Wilmington, Delaware. Stories about her sinking aren’t conclusive, but it’s been told that the Kalmar Nyckel sank in the North Sea fighting for the Dutch in a war against the English in 1652. The current Kalmar Nyckel was constructed in Wilmington and launched on the Christina River in 1997.

The Kalmar Nyckel Foundation is a non-profit educational organization that offers a broad array of sea- and land-based learning and recreational experiences. The ship serves as a floating classroom for the foundation’s award-winning educational programs, which promote Delaware’s maritime and colonial history.

This new building was a design-build project for Nickle Electrical, a method where design and construction phases overlap to reduce the risk to the owner and reduce delivery time. Blake & Vaughan Engineering, Inc. gave Nickle approval and stamps for design. Architecture firm Bernardon also gave the Nickle team architectural background to design the electrical work. In total, the design-build process took about three years, from the concept phase, through design, until the plans were agreed on. 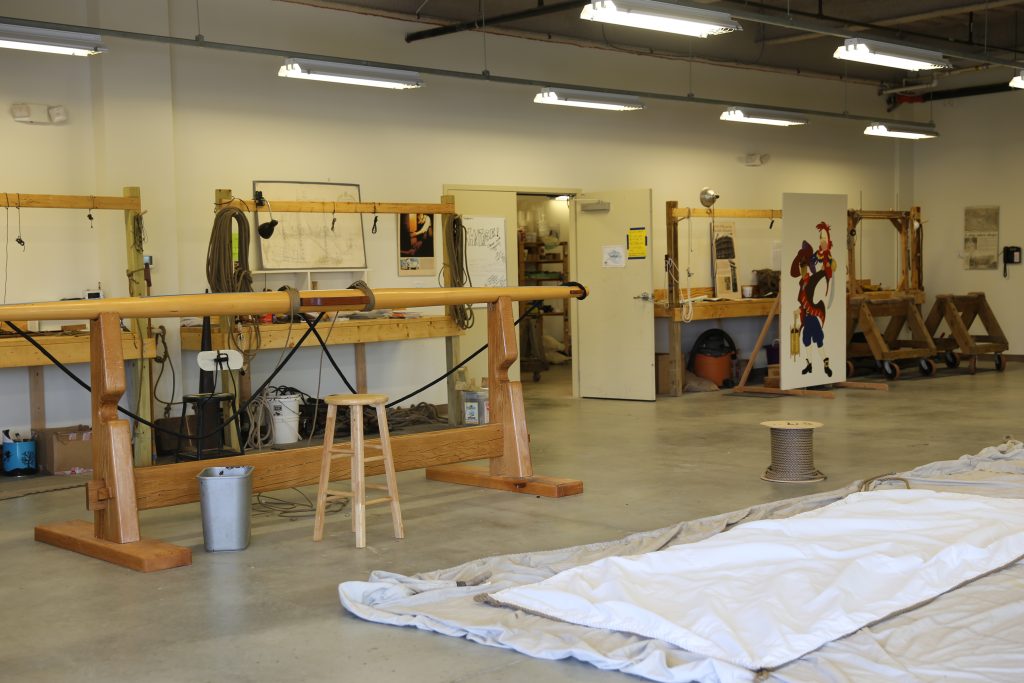 A building on the site was demolished before Nickle Electrical employees came on board. Boots were on the ground in 2012 and Nickle began electrical work at the beginning of 2014. The first floor of the building is dedicated to the ship, excluding the lobby. There are areas committed to making improvements or repairs to the ship, such as carpentry, sanding, finishing, and rope making. The second floor has a scale model of the deck of the boat, along with classrooms, model ship collections, and a balcony to look over the dock and Christina River. The third floor serves as offices for staff and volunteers. The building totals 21,360-square-feet.

Nickle electricians rewired the shipyard’s dock for better functionality, more access points for the Kalmar Nyckel, and upgraded panels and lighting. The dock is 311-feet long, 10-feet wide, and connects to a 735-square-foot deck via a bridge and tower on the dock.

Because this was a design-build project, there was a substantial amount of planning on the front end than normal. Because of this, construction ran smoothly and heavy manpower was never needed. There was plenty of time to successfully manage the job and perform high-quality work. 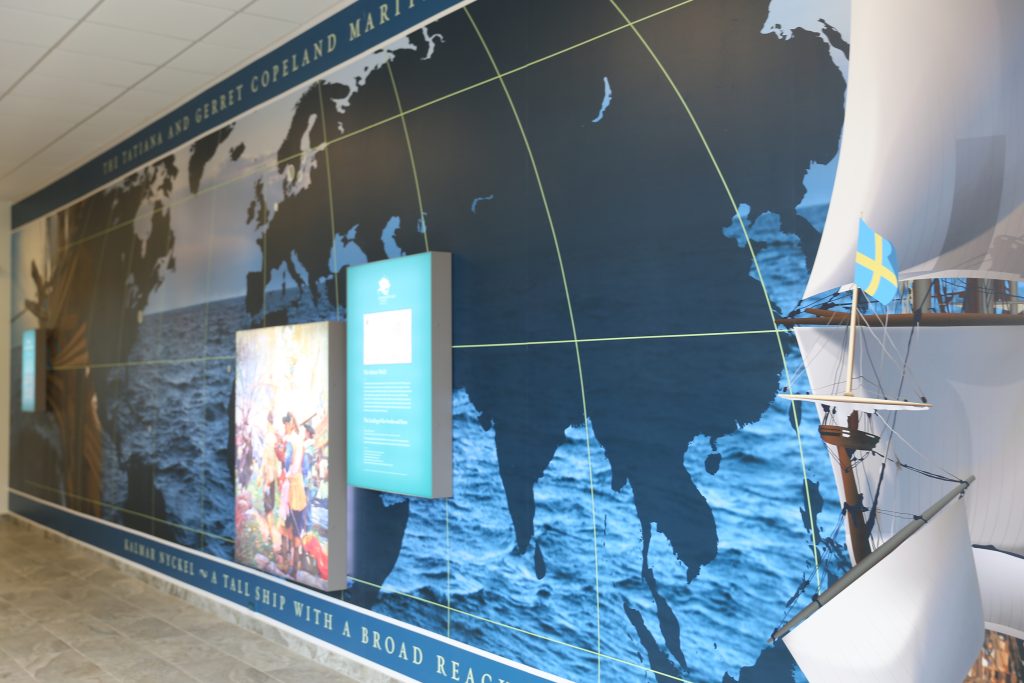 A special electric—also known as traction—elevator was installed within the building instead of a standard hydraulic elevator. Electric elevators are lifted by ropes that pass over a wheel, which is attached to an electric motor. The counter weight offsets the weight of the elevator and its occupants so the motor doesn’t have to move as much weight. This makes the elevator much more efficient.

At the beginning of the project, electricians had to do some digging on site. Since the project is located on a shipyard near the river, there was potential for contaminated soils. Twice per week for about a month, Nickle had to call in environmental consultants Brightfields, Inc. to oversee the soil and groundwater remediation to satisfy the Delaware Department of Natural Resources requirements for safe construction.

On the second floor of the building, there is a full-scale model of the deck of the Kalmar Nyckel, along with its masts, so there are sloped, vaulted ceilings that were difficult to work with. Lifts were brought in and proper safety precautions were taken to reach those heights.

Working on the new dock was also a challenge and very out of the ordinary for Nickle. Because it’s on the Christina River, electricians had to wear life vests at all times in case someone had a misstep—a very interesting uniform for an electrician. The dock is only 10-feet wide, making a very small work space, and to reach the 30-foot light poles on the dock, a boom lift was used. 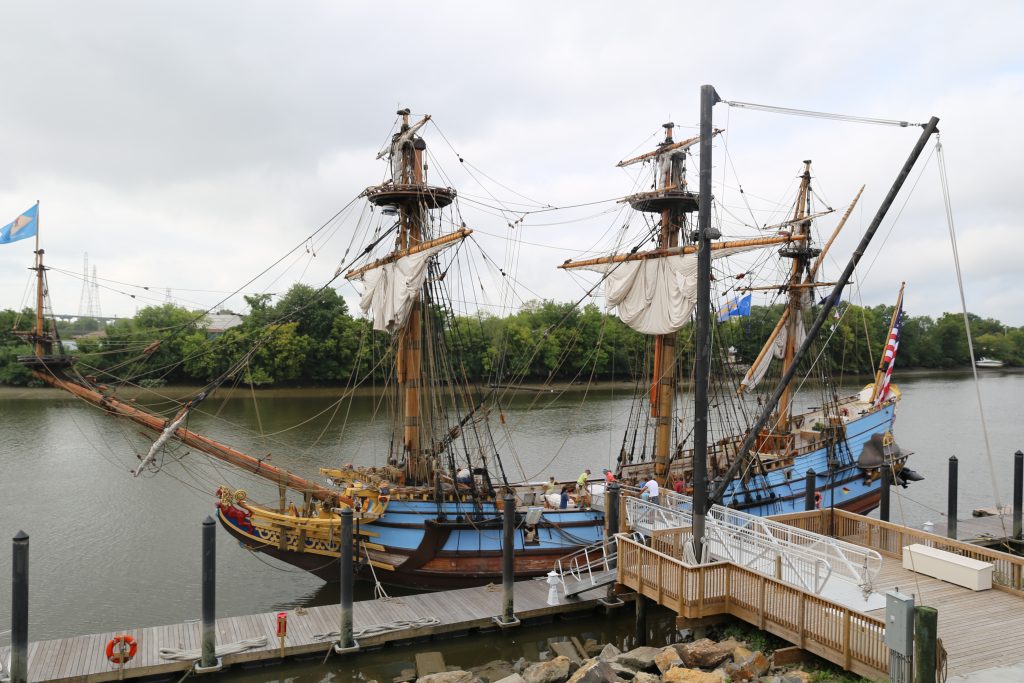 This project exudes excellence. The job required patience, consistency, dependability, and thoughtfulness. Thanks to the hard work and dedication from the entire Nickle team, the project came in on time and under budget, two of the most important factors on a construction site. The ship now has a proper place to dock and receive repairs, and visitors from all over have a great facility to learn about Delaware’s colonial and maritime history. From the unique and modern design-build process to the special challenges Nickle conquered, the Kalmar Nyckel Foundation is worthy of this award-winning recognition.